Species of Fish for Kluane Lake

The pure waters of Kluane Lake are home to healthy populationsof Lake Trout, Arctic Grayling, Northern Pike, Whitefish, Inconnu and Burbot. The information about each species on this page was published by Environment Yukon in their brochure A Guide to Fishing in the Yukon.

A beautiful fish. Trout average about 2 kg (4.5 lbs) in weight but can reach up to 19 kg (41.8 lbs) and sometimes over. We manage this fish carefully because it’s very popular with anglers and reproduces extremely slowly in northern waters. Look for Lake Trout in mid-to large-size lakes. They’re easiest tocatch in the two to three week period after ice-out, which can occur anytime from early May to early June. During this period you can try large silver spoons, minnow-like wrigglers and wobblers, large spinners, surface plugs, and even large dry flies. When the lakes turn over in early July and the trout go deep, it’s time to switch to jigs and buzz bombs – pull them up, then let them settle. Or you can try trolling with lead weights or a downrigger setup. Yukon anglers usually release big lake trout because they’re more valuable as spawners than as wall mounts.

Our classic Yukon fish with the colourful oversize dorsal fin. Found in almost every lake and stream, grayling average about 0.5 kg (1 lb) in weight but can reach up to 1.5 kg (3.5 lbs). Look for them in pools, eddies, and below riffles in creeks and rivers. In lakes, look for them at the outlet or near the mouth of streams entering the lake. Small spinners and spoons are commonly used to catch this fish. It’s a great fish to take on ultra light gear or with a fly rod. This is also a great catch for kids and those just learning how to fish. On small creeks and rivers you can tie a fly on light spincasting gear, hang your rod tip over the water and drop the fly. On large rivers you can drift fish for grayling bouncing tiny jigs off the bottom. Just about anywhere, you can use the fly and bobber setup.

Watch your fingers. This fish has a mean set of teeth and can weigh up to 10 kg (22 lbs) or more. It’s fairly easy to catch, exciting on the line and makes a great meal when taken in cold northern waters. You’ll find it in small shallow lakes, shallow bays in large lakes and in the sloughs and backwaters of large rivers, from ice-out until the fall. Pike are commonly caught with medium-to large-size spoons and spinners. Many local anglers like to tackle pike with surface flies, plugs and other topwater lures, which bring the fish out of the water as they take the bait.

Whitefish are the most common fish in the North. There are two types of whitefish of interest to anglers: broad whitefish and lake whitefish, or humpies. Average weight is about 1 kg (2 lbs) for both types, but fish in the 1.5 to 3 kg (3.5 to 7 lbs) range are not uncommon. Whitefish have always been an important part of the Yukon First Nation diet. Anglers have recently discovered its fine flavour and surprising excitement on the line. Watch for fins breaking the water as whitefish school-up. In lakes, angle in shallow water throughout the summer. In streams, fish at the mouth of tributaries and below rapids. Small gold spoons and spinners work well. When they’re feeding on bottom you can reach them with small jigs (1/32 or 1/64 oz.) or deep flies. This fish has a soft mouth so set your hook gently.

Inconnu means “unknown” in French. And that’s exactly what this fish is. Few people have seen an Inconnu or know much about its habits. Its flesh is oily so it’s not the best table fish, but it’s scrappy on the end of a line and it’s big – up to 10 kg (22 lbs). This bottom feeder likes river drainages. Local anglers pursue Inconnu at the mouth of tributary streams and in back eddies. Inconnu are sometimes fished with gold and silver spoons about 4 cm (1.5 in.) long. Some anglers like to drift fish with rubber tailed jigs. Inconnu are easier to find when the rivers and lakes are their lowest in early spring and late fall. If you plan to release this fish, handle it very gently as its scales come off easily.

It’s not much for looks or performance, but you’d have a hard time beating it on the plate. Sometimes called freshwater (ling) cod, this fish attacks artificial lures like jigs and spoons only during the spawning period in March and April. This fish feeds on bottom at night. In winter or summer, a hook baited with a piece of meat or fish and set on bottom usually works well. It’s a little difficult to skin this unusual fish with a knife; the best way is to simply pull the skin off with a pair of pliers. Boiled in salted water or fried in garlic butter, burbot is comparable to lobster in taste. 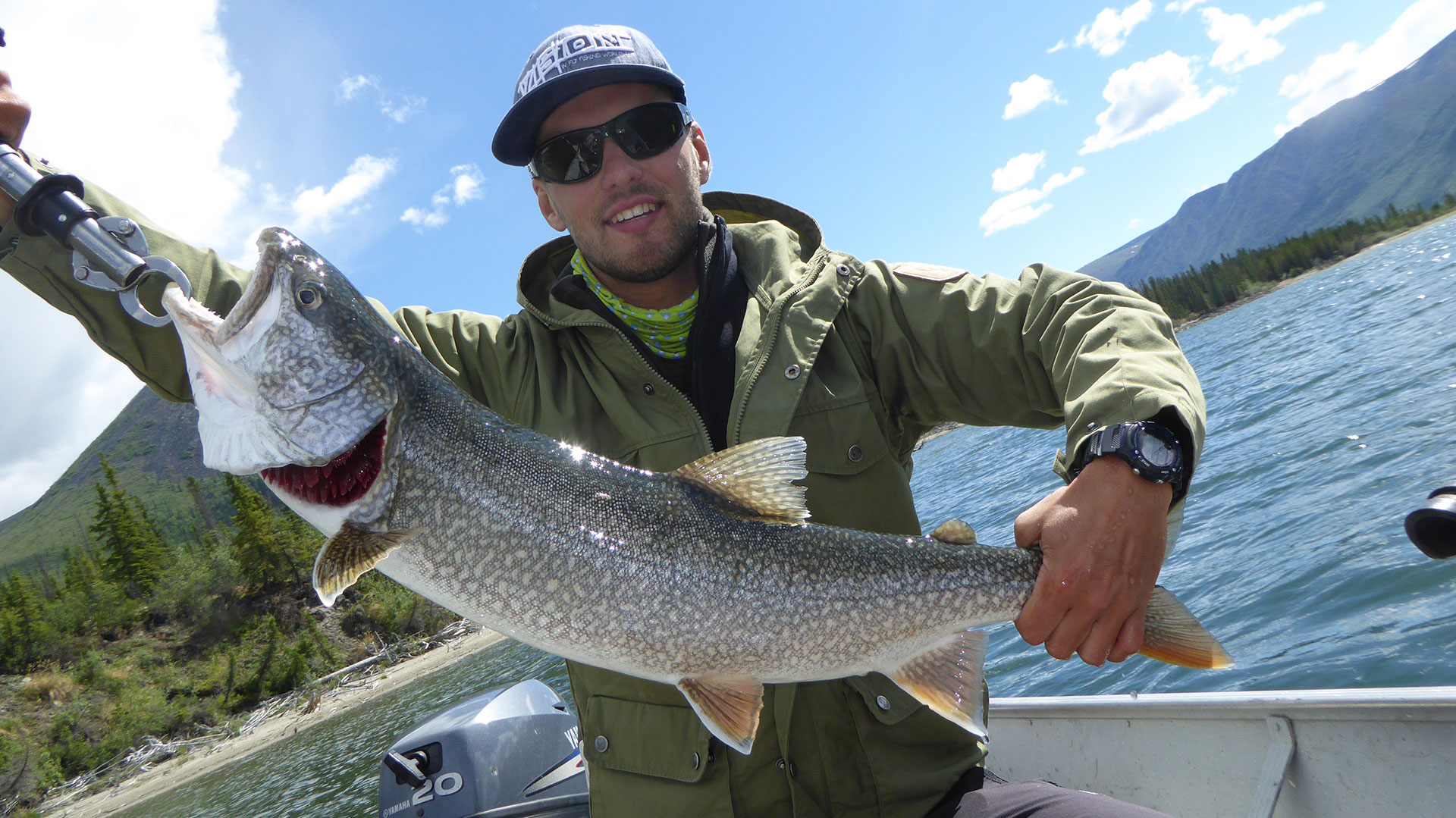 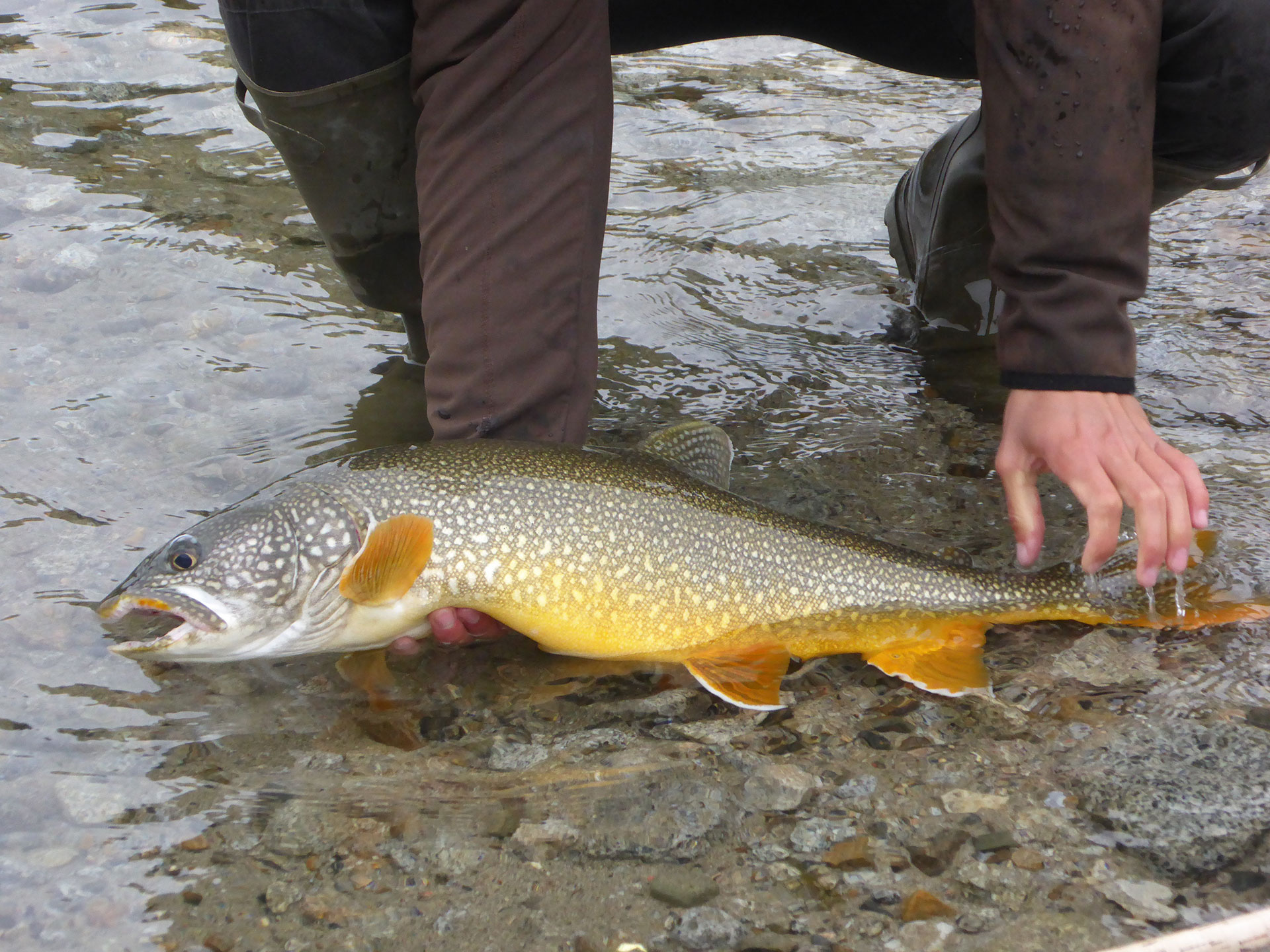 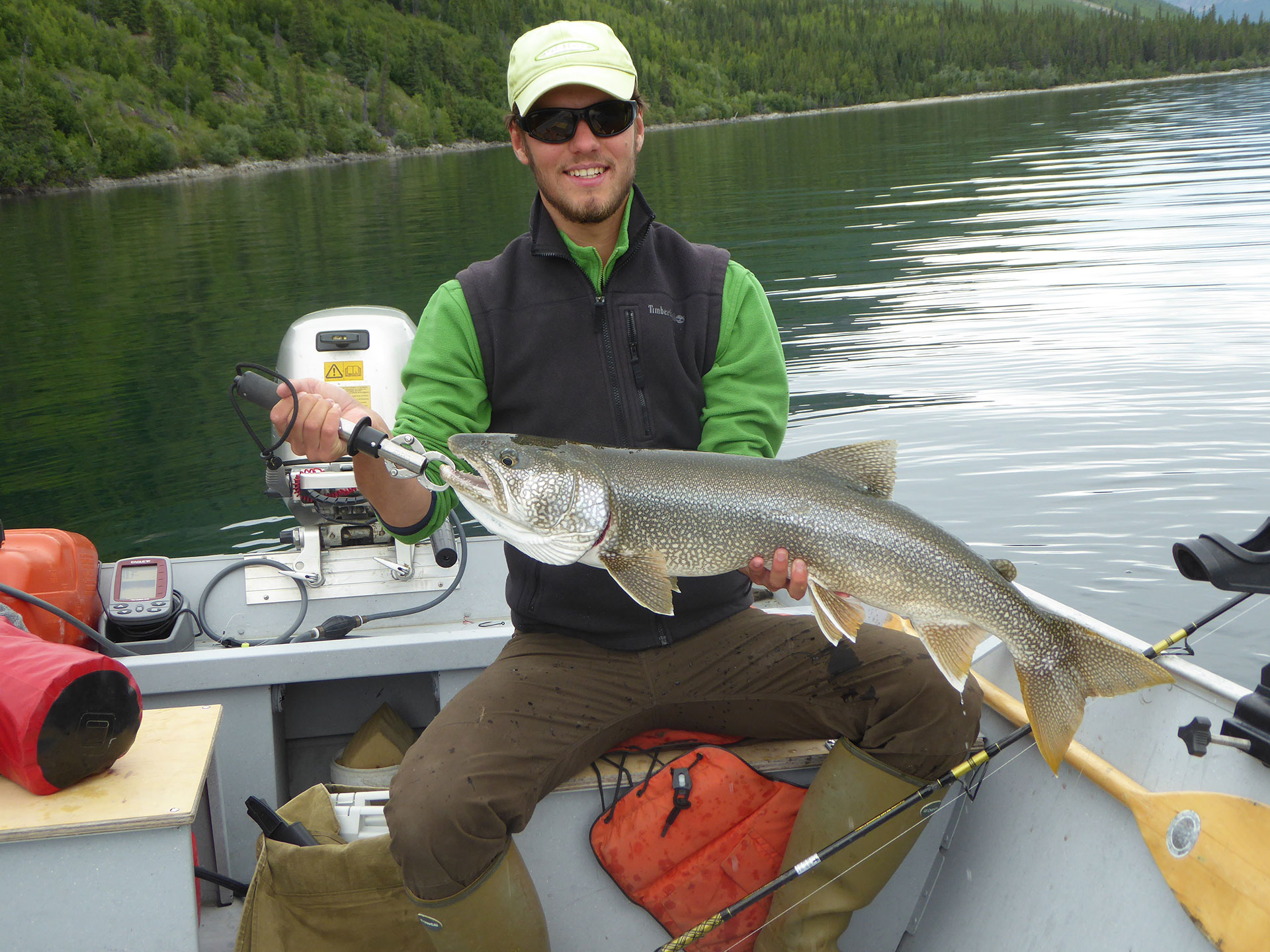 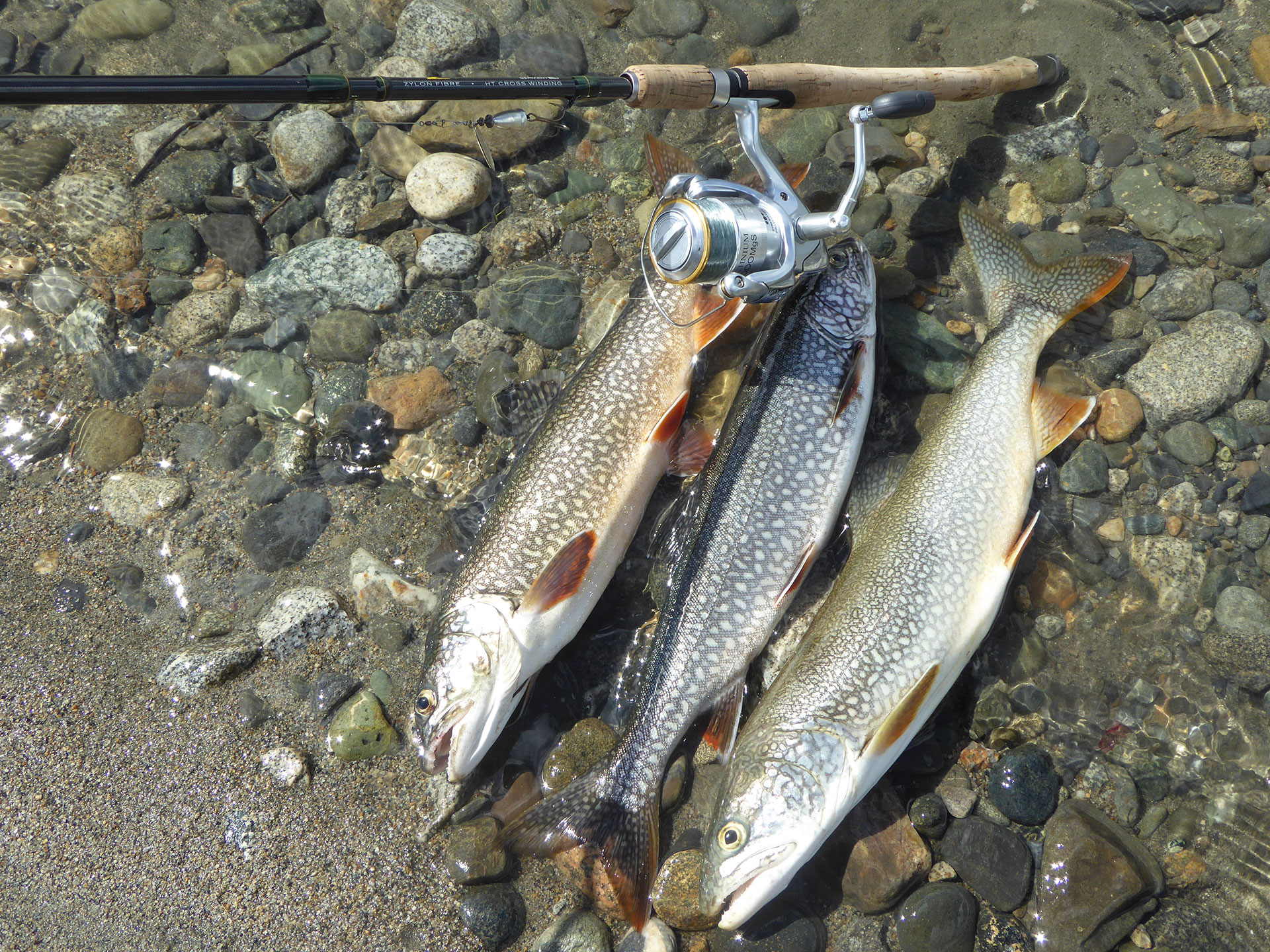 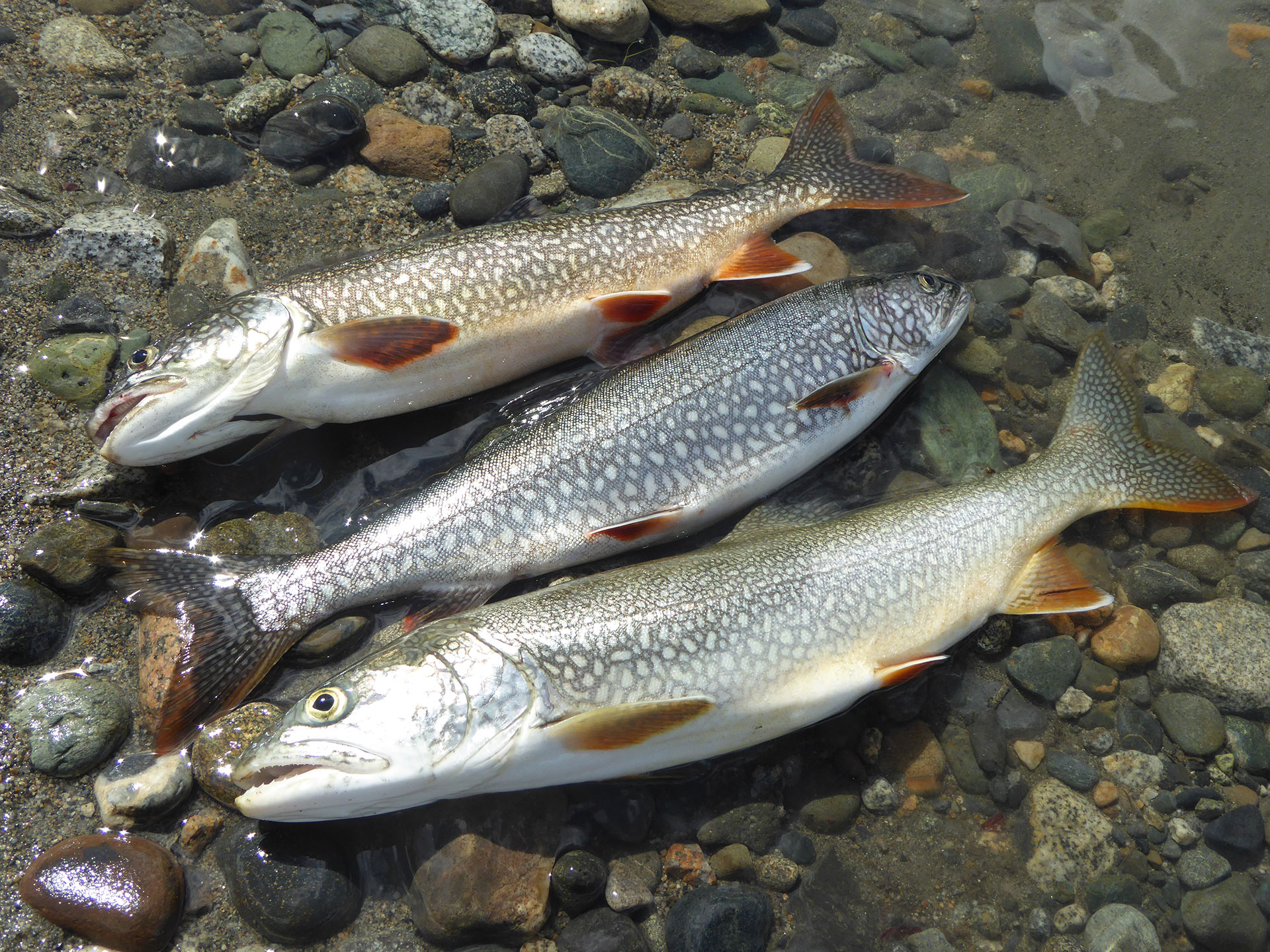 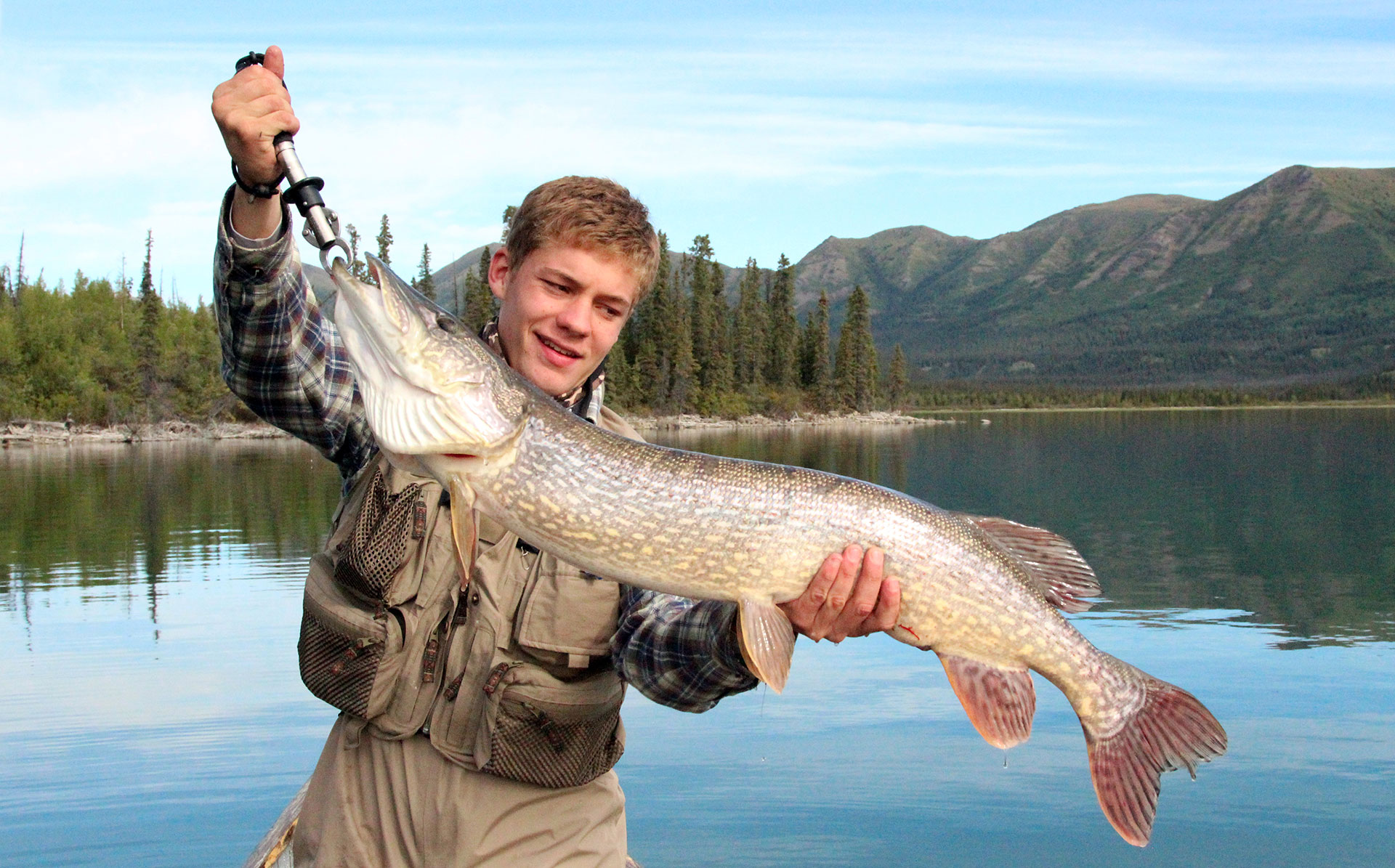 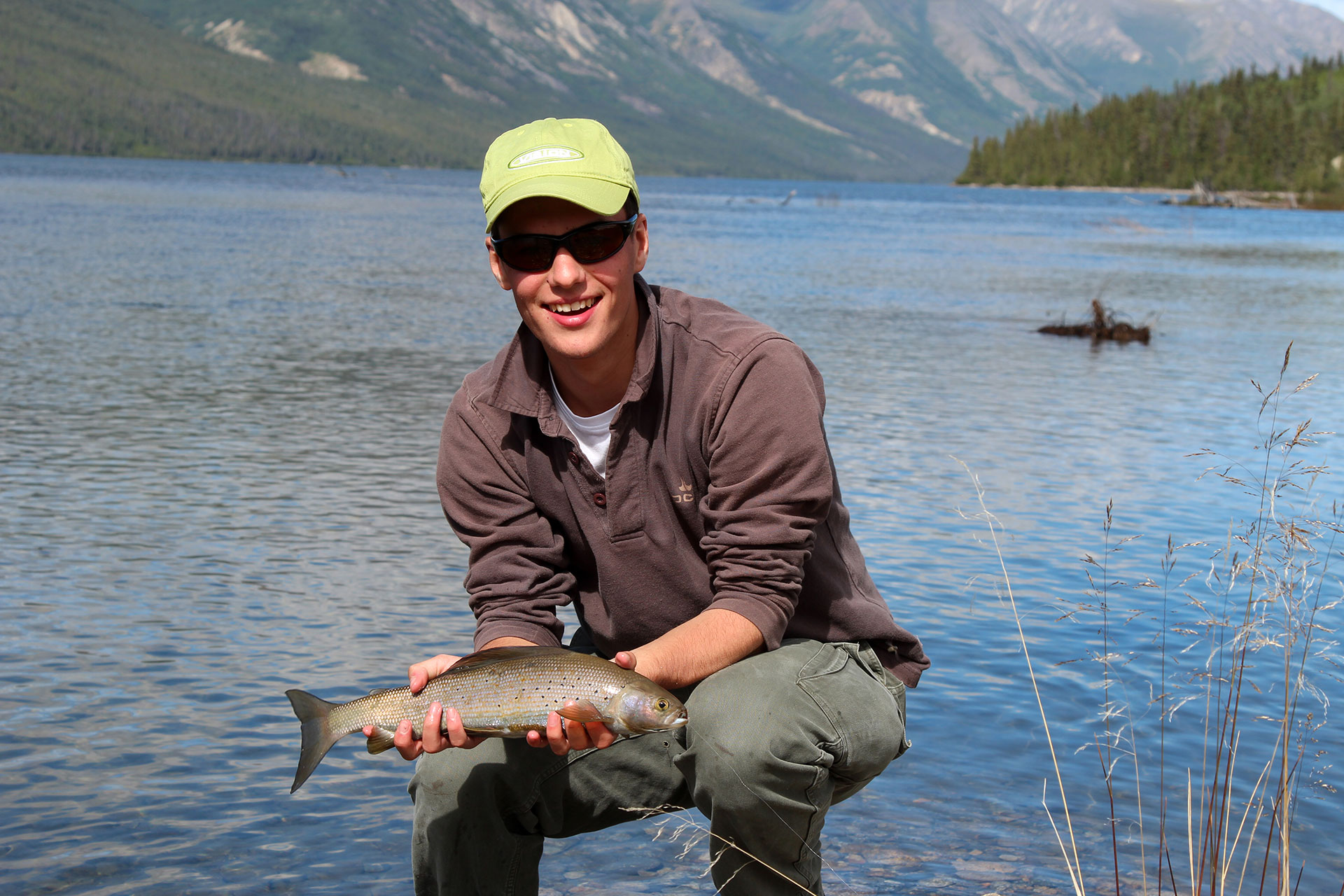 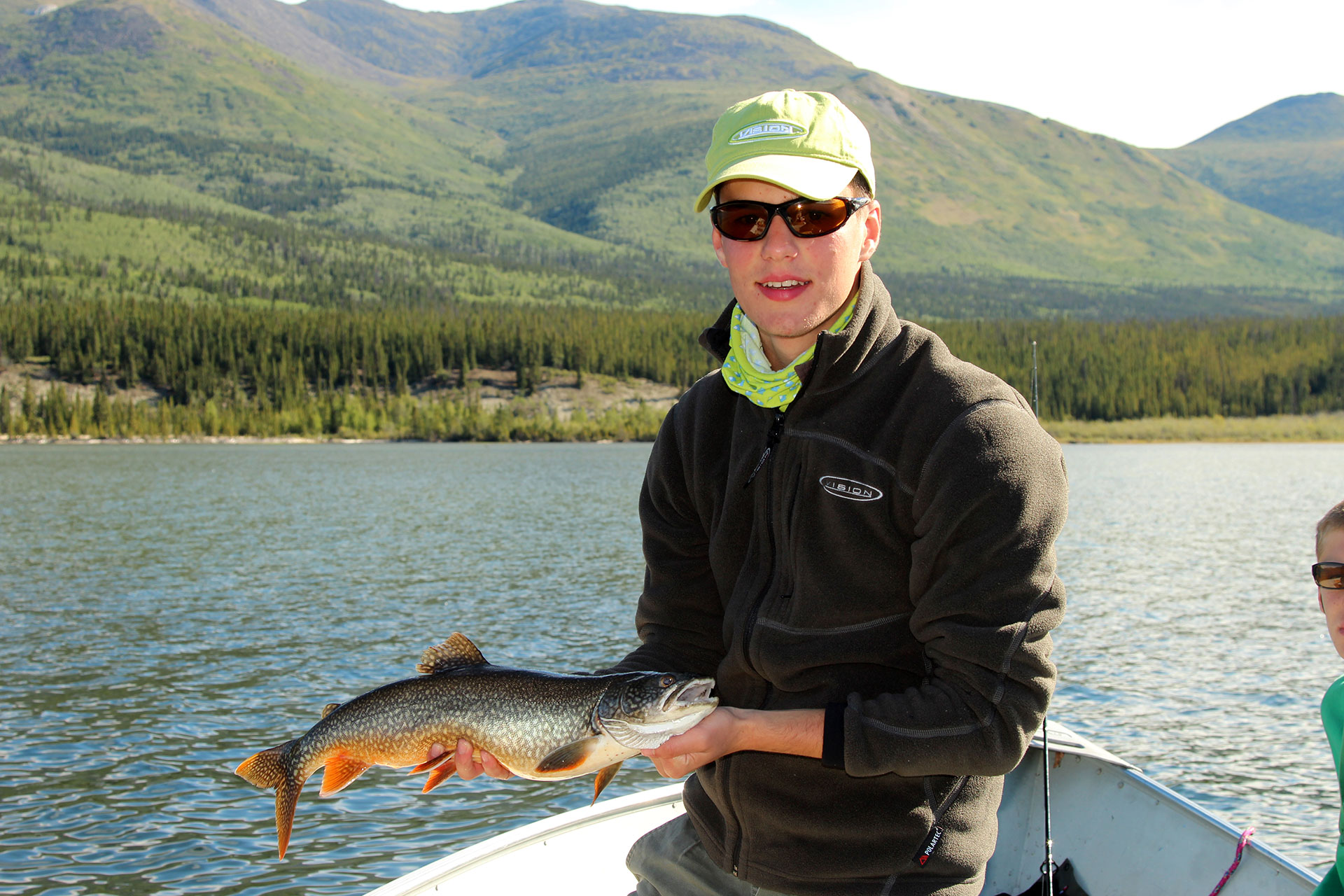 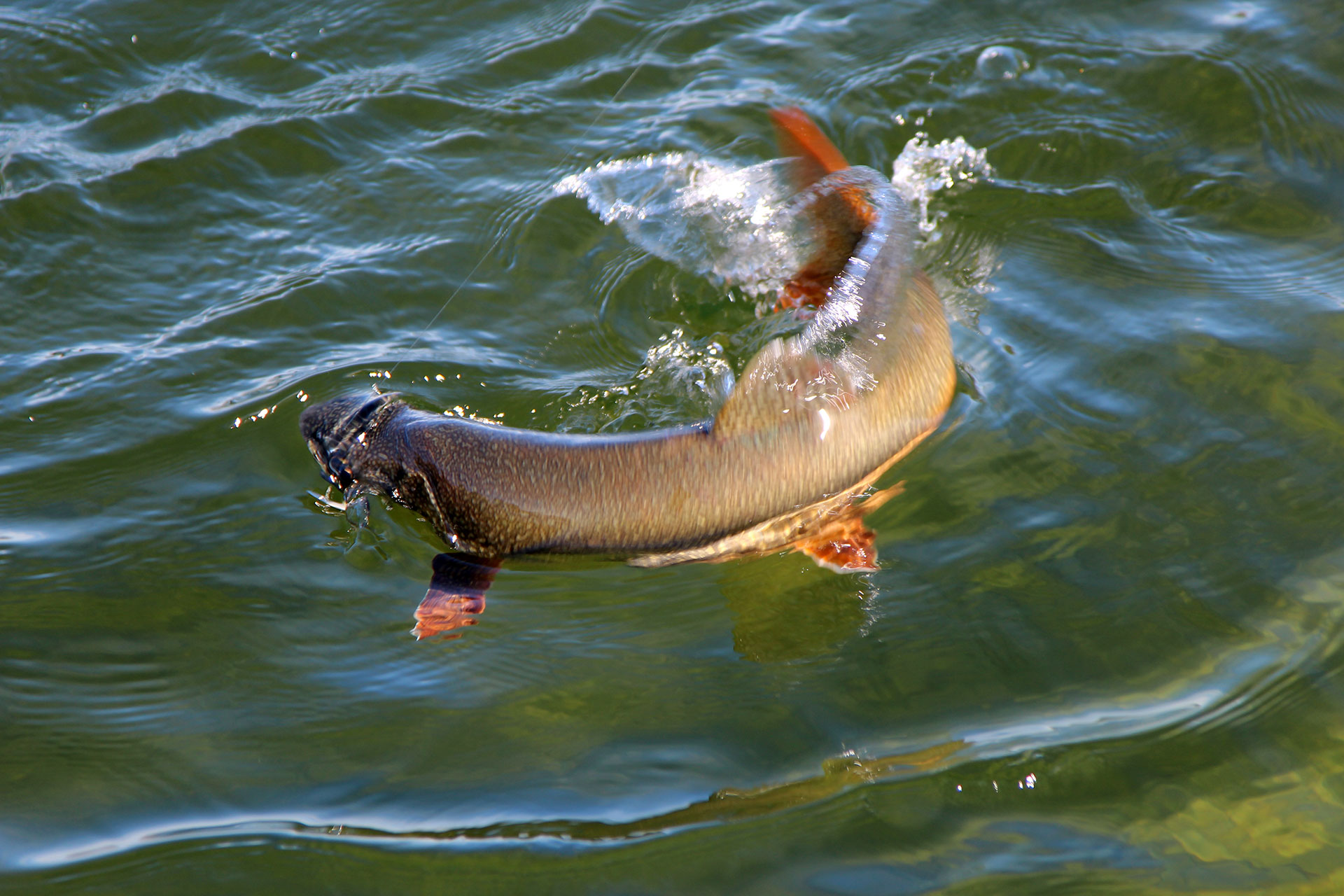